This lesson is suitable for students in grade 6 through adult.

This lesson is based on a plaque depicting a convent in L’viv, Ukraine. The convent’s past tells much about the history of Ukraine and Poland:

The lesson asks the artist to solve some interesting problems:

This lesson includes both POWERPOINT and VIDEO versions of the lesson plus 2 downloadable printouts: a warmup and a drawing of the convent.

Literature: Read The Winter Horses (#ad) by Philip Kerr, a thrilling story set in Ukraine during WWII that will help you learn about some of Ukraine's history.

Social Studies: Find out how many nationalities have claimed L’viv as their territory. Learn about the Holodomor—the great famine of 1932-33 in Ukraine.

Math: Find out how the Fibonacci sequence and the golden ratio influenced Renaissance architecture.

Other art lessons that feature Ukraine: The Ukrainian Rooster, the Face With Hidden Surprises, The Ukrainian Cat, The Carpathian Church, and the Eastern European Firebird. 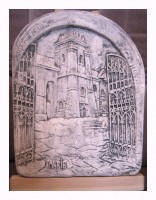 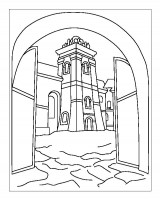 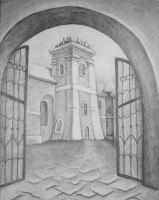